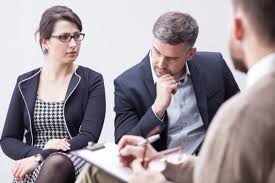 Child custody mediation is a process whereby parents work together to develop an agreement for parenting their children after separation with the help of a neutral third party. It is a faster and cost-effective way to resolve a custody case.

Custody mediation enables divorcing or separating parents negotiate about future parenting arrangements for their children without the need to go to court.

The process helps them settle disputes involving child custody arrangements and reach an agreement focused on promoting the best interests of their children who are experiencing significant change brought about by the separation of their parents.

Parents are assisted to negotiate a mutually acceptable agreement that enables them develop their own parenting plan. Such that both parents will be involved in the lives of their children doing what is best for themselves and their children.

The parties determine the custody arrangements of which the most common are sole custody, joint custody, physical custody and legal custody and work out the custody and visitation schedules for their family. The mediator cannot impose a decision on them but help them cooperate to raise their children even though they are separated and no longer live together.

The Benefits of Family Mediation

Mediation works contrary to the adversarial system which increases trauma and escalates conflict detriment to the best interests of the children. The mediator works with both parents separately if they do not want to be in the same room together.